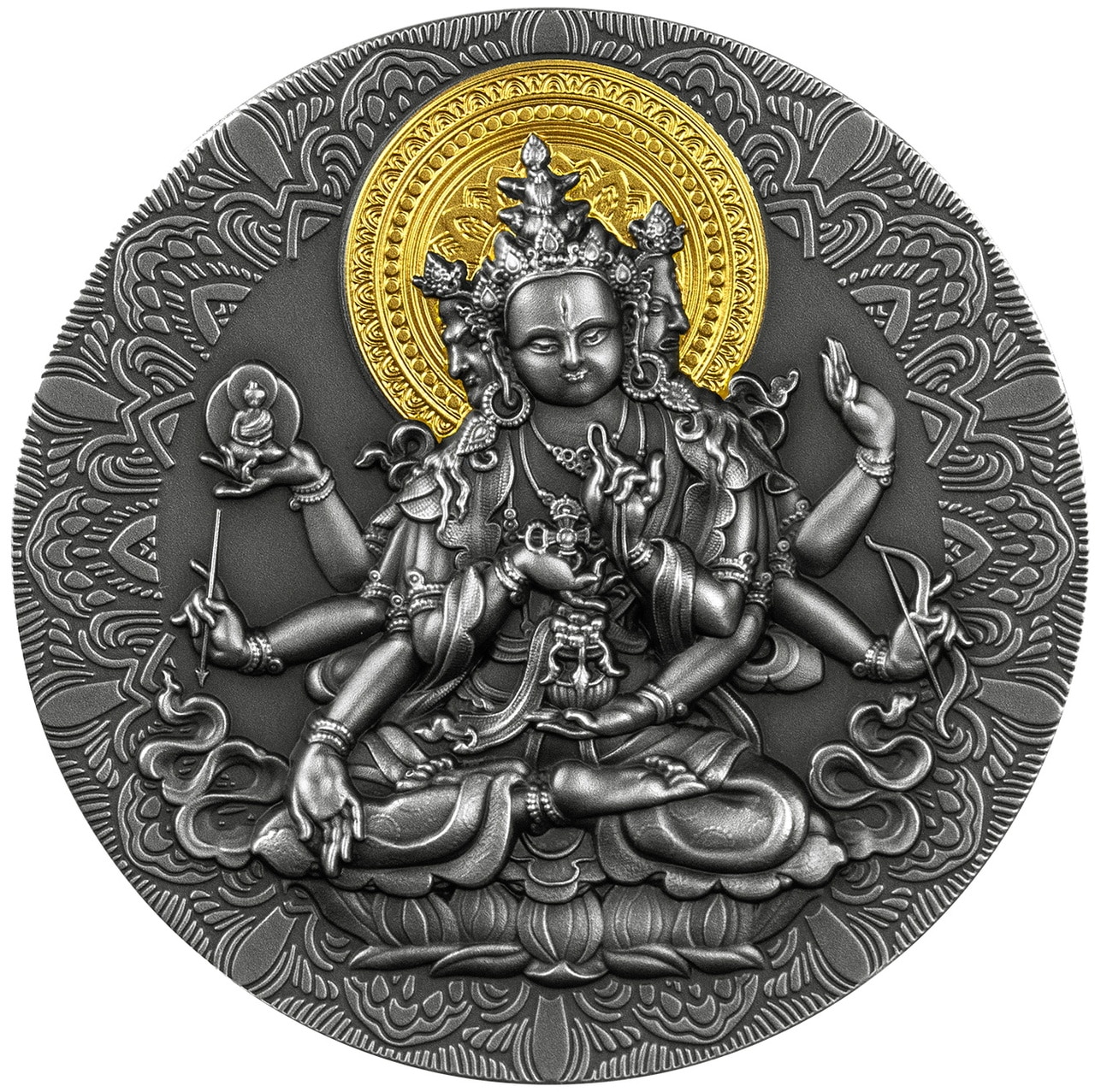 The republic of Cameroon released the 2020 “Ancient Buddha” coin featuring unique “Multi-Handed Buddha”. The coin produced by the Mint of Poland and it’s a legal tender in Cameroon. The coin has a face value of 2000 Francs and weighs 2oz pure silver. As per the Buddhist culture the multi-handed Buddha is a lucky charm bringing positive energy.

Siddhartha Gautama the founder of Buddhism, was born in 563 BC, at the age of 35, after 49 consecutive days of meditation, Gautama became the Buddha which means “Awakened One” in Sanskrit. Buddhism is a non-theistic religion is focused on preserving and transmitting the teachings of the Buddha, called ‘Dharma”.

Buddhism was widely promoted by the emperor Ashoka. Buddhism became more popular in Sri Lanka and China through the Buddhist missionaries and established many temples in these countries. At present it is estimated that 488 million (9-10% of the world population) people practice Buddhism mainly in Cambodia, Thailand, Myanmar, Bhutan, Sri Lanka, Tibet, China, Japan, Korea, and Vietnam.

The 2020 Ancient Buddha coin has a stunning design with High Relief, an Antique Finish quality with a selective Gilding. The obverse of the coin features the Coat of Arms of Cameroon and the inscriptions: “REPUBLIQUE DU CAMEROUN” – the issuing country, “2020” – the year of issue and “2000 FRANCS CFA” – the face value. The reverse of the coin features the multiple-handed Buddha, which will bring luck and positive energy to you. The coin having a limited mintage of 500 coins worldwide. All coins are comes with a special outer cover and serialized Certificate of Authority.