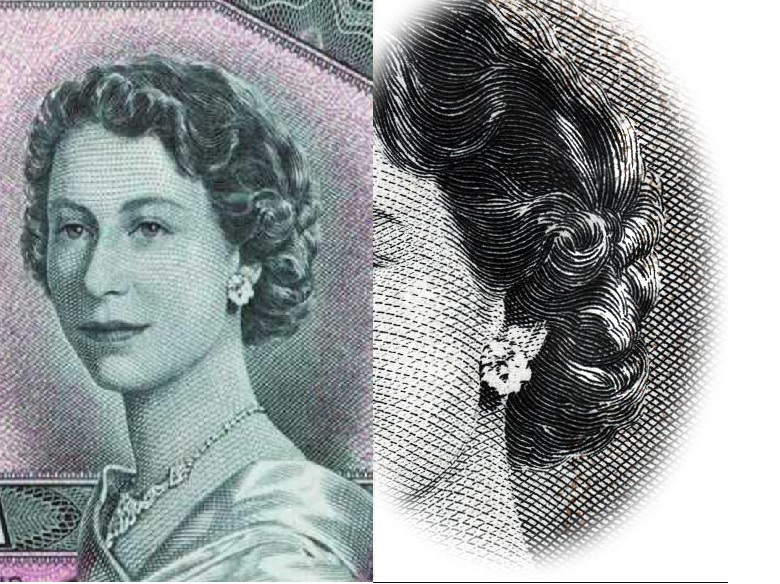 In 1954 Bank of Canada issued $1, $2, $5, $10, $20, $50, $100, and $1000 banknotes following the accession of Elizabeth II to the throne after the demise of her father George VI. All the 1954 banknotes featured a portrait of Elizabeth II engraved by George Gunderson based on a photograph taken by the Canadian photographer Yousuf Karsh.

The issue began in 1954 as people seeing the face of the Devil in Queens’s hair. The Media picked up this story and the conspiracy spread that an insider had infiltrated the banknote printing firms. British politician named H. L. Hogg wrote a letter to the High Commissioner for Canada in the United Kingdom about the “Devils Face” note conspiracy and he enclosed an actual “ Devils Face “ note in the envelope too.

The bank of Canada step forward and worked with the printing company – British American Bank Note Company (BABN) to resolve the issue. In 1956 the BARN engraver Yves Baril darkened the highlights on queen’s hair and the new “modified design” banknotes released to circulation in late 1956. The 1954 banknotes became known as the “Devil’s Head” among the collector’s community.