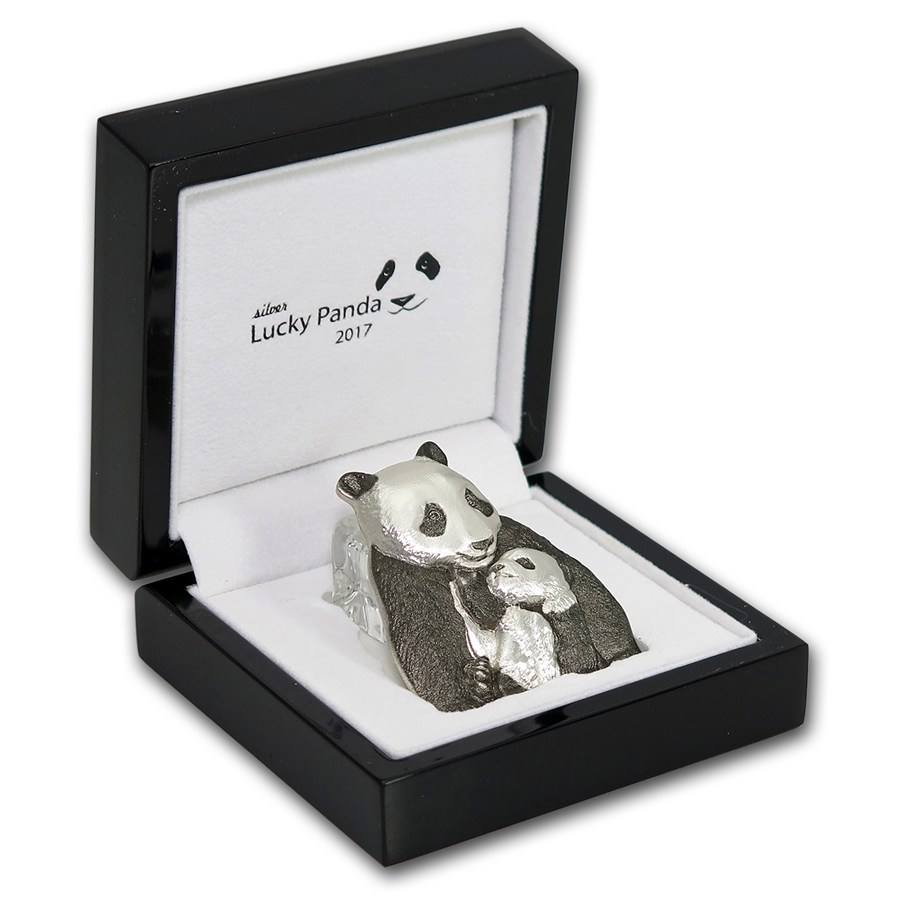 The Cook Islands $ 20 Silver Panda Coin was struck in 2017 by Coin Invest Trust (CIT) under the authority of the Cook Islands. This is the first-ever panda-shaped coins and minted in 1/2 gram of .9999 fine gold and 88 grams of .999 fine silver. The Lucky Panda silver coin is struck in incredible smartminting© high relief depicting a baby panda playing with its mother. The 88 gram fine silver coin is limited to 888 pieces (a lucky number in Chinese culture).

This coin has many unique features from CIT, such as the revolutionary technology of smartminting©. It pushes the boundaries of coins concepts and sets new standards in the commemorative coin industry. Featured on the reverse is a giant panda and her cub. This is a unique coin, as the shape mimics the outline of the panda and her cub creating an impressive and special addition to any collection. The obverse depicts the effigy of Queen Elizabeth II.

This portrait was created by Ian Rank-Broadley and was introduced as the fourth portrait of her Majesty to appear on British coinage. Giant Panda is one of the world’s most popular animals and they are on a mostly vegetarian diet consisting of up to 99% bamboo shoots. Due to deforestation and farming practices, conservation measures are taken for their survival and they are under the category of protected species. The silver lucky panda contains 2.83 oz of .999 fine Silver and comes in a decorative box and in the original capsule with a certificate of authenticity.

2017 Cook Islands Unique High Relief Proof Silver Panda Coin Sold out in Mint was last modified: April 25th, 2019 by
Share if you like......