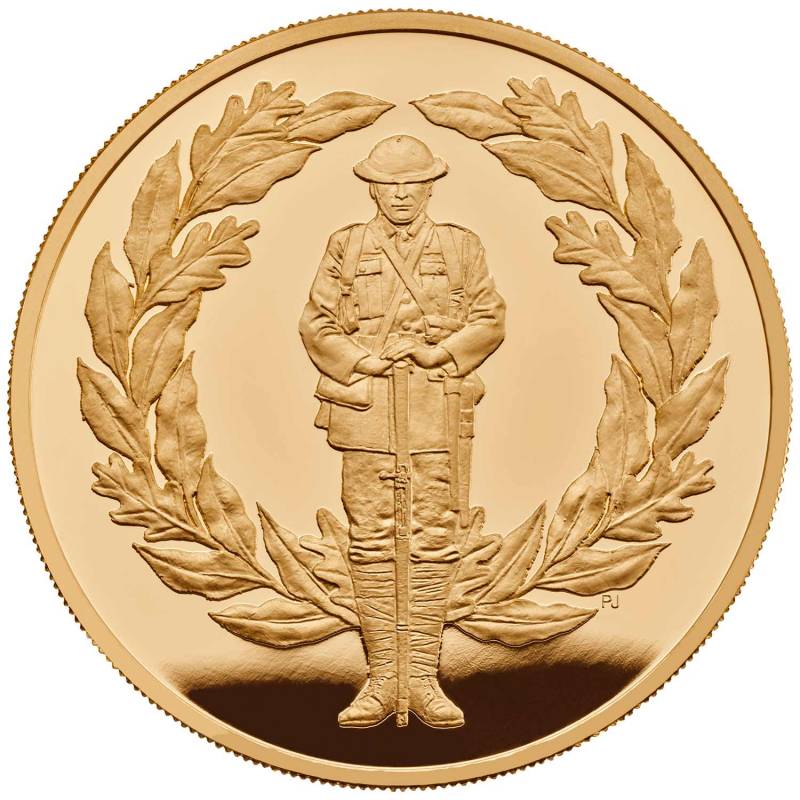 The reverse of these gold and silver coins designed by Philip Jackson CVO DL MA FRBS. Capturing the mood of 1917 it depicts a lone figure backed by a wreath of oak and laurel, with no other inscription. The figure stands in a ‘rest on arms reverse’ stance, a position traditionally taken by Honour of Guard at services of remembrance and for military funerals. The obverse bears the portrait of Her Majesty Queen Elizabeth II created by Jody Clark. The denomination of 10 POUNDS and the Year 2017 is also included in the legend around the Queen’s effigy. The coin seated in a gorgeous wooden case, shipped with the Certificate of Authority and a booklet with pictures specially sourced by Imperial War Museums for this moving tribute.