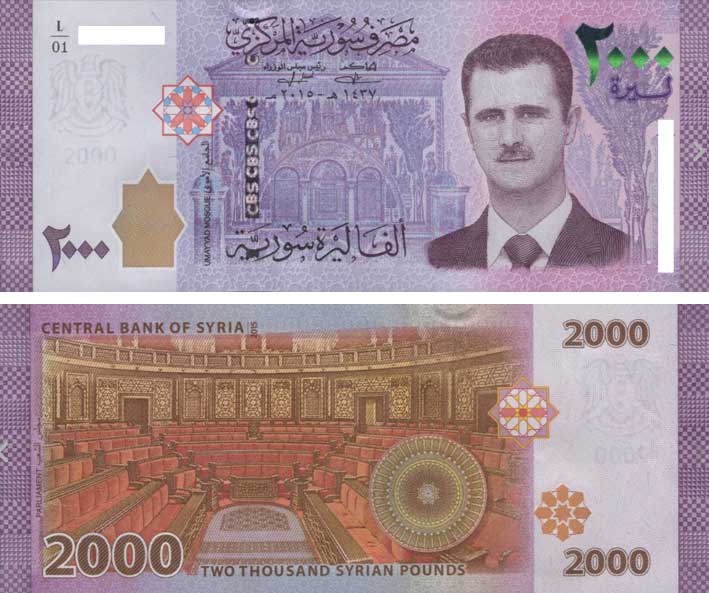 Syria’s Central Bank introduced a new banknote — a 2,000-pound banknote because of “wear and tear” on the currency already in circulation. A portrait of Syria’s President Bashar al-Assad is featuring on the new Syrian 2,000-pound banknote that went into circulation on Sunday, July 2nd 2017. The back side of the note back depicts the People’s Council of Syria inside the Parliament Building. As per the Central Bank governor Duraid Durgham, the note was one of the multiple new notes printed years ago, but putting it into circulation was delayed “due to the circumstances of the war and exchange rate fluctuations.”

These notes mark the first time Assad’s face will appear on a banknote since he sworn in as Syria’s President 17 years ago. Previously the highest denomination of a banknote in Syria was 1,000 pounds. Assad’s father, the late President Hafez al-Assad who died in the year 2000, featured on many Syrian currencies including coins and an older version of the 1,000-pound banknote. The Syrian currency has decreased in value since the civil war in the country began in 2011.