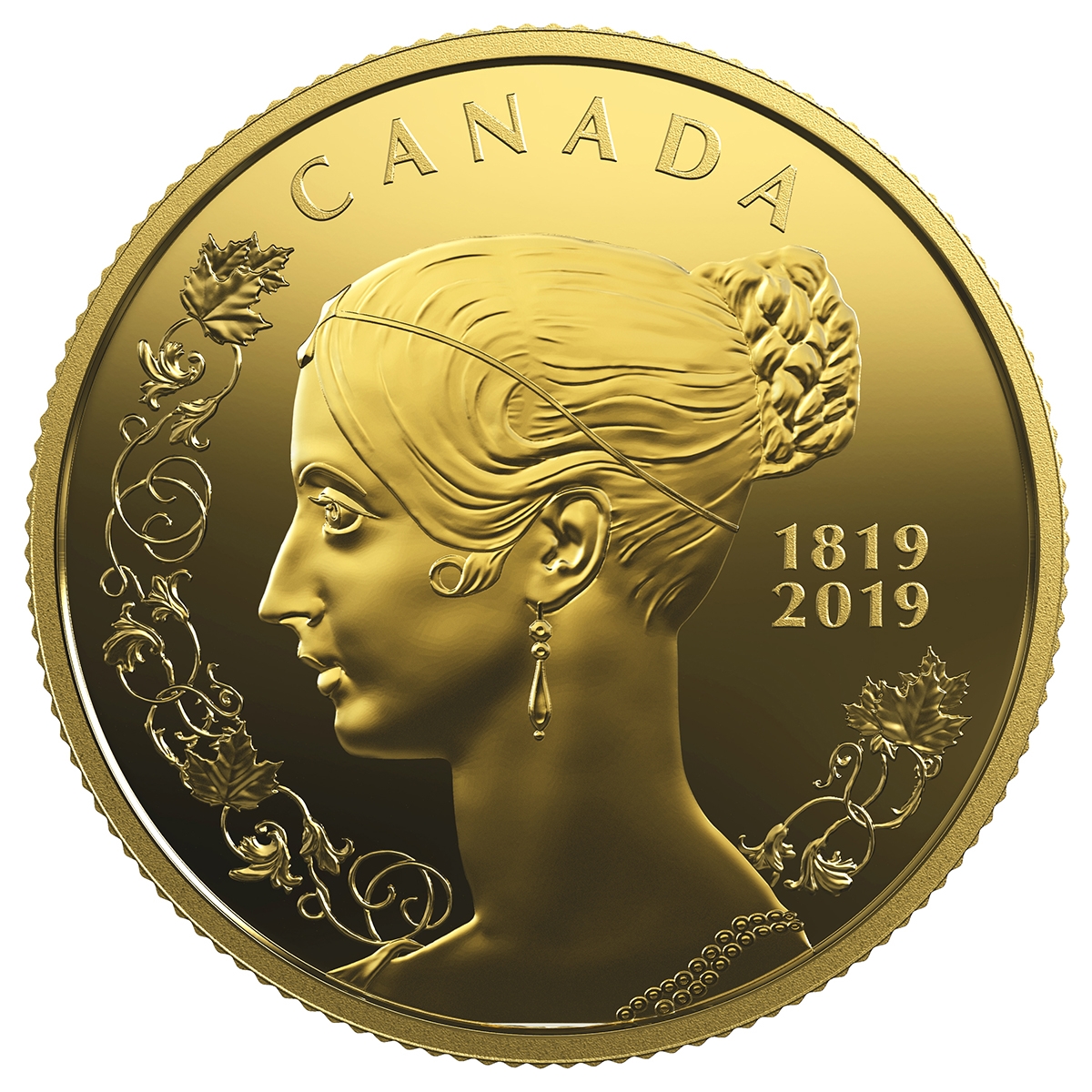 Princess Victoria is the only daughter of Prince Edward, Duke of Kent and Strathearn, fourth son of George III. Her father, Prince Edward (Edward Augustus) died on 23 January 1820 and Princess Victoria became heir to the throne. On 1837, after the death of William IV, Princess Victoria became Queen at the age of 18. Thus the “Victorian Era” started from June 20, 1837 until her death on January 22, 1901. Her Majesty Queen Victoria played a major role in forming the Canadian confederation and also called as the “Mother of Confederation”. There are many land marks in Canada named after Queen Victoria – Roads, cities like Victoria in British Columbia, Regina in Saskatchewan (in Latin, “Regina” means Queen) etc.

The 2019 Queen Victoria bicentennial birth commemorative coin has a limited mintage of 1,500 coins worldwide. The coin is encapsulated and presented in a Royal Canadian mint branded black beauty box. All coins are shipped with a serialized Certificate of Authenticity issued by the Royal Canadian Mint.

2019 Queen Victoria’s Bicentennial Birth Commemorative Gold Coin was last modified: May 14th, 2019 by
Share if you like......