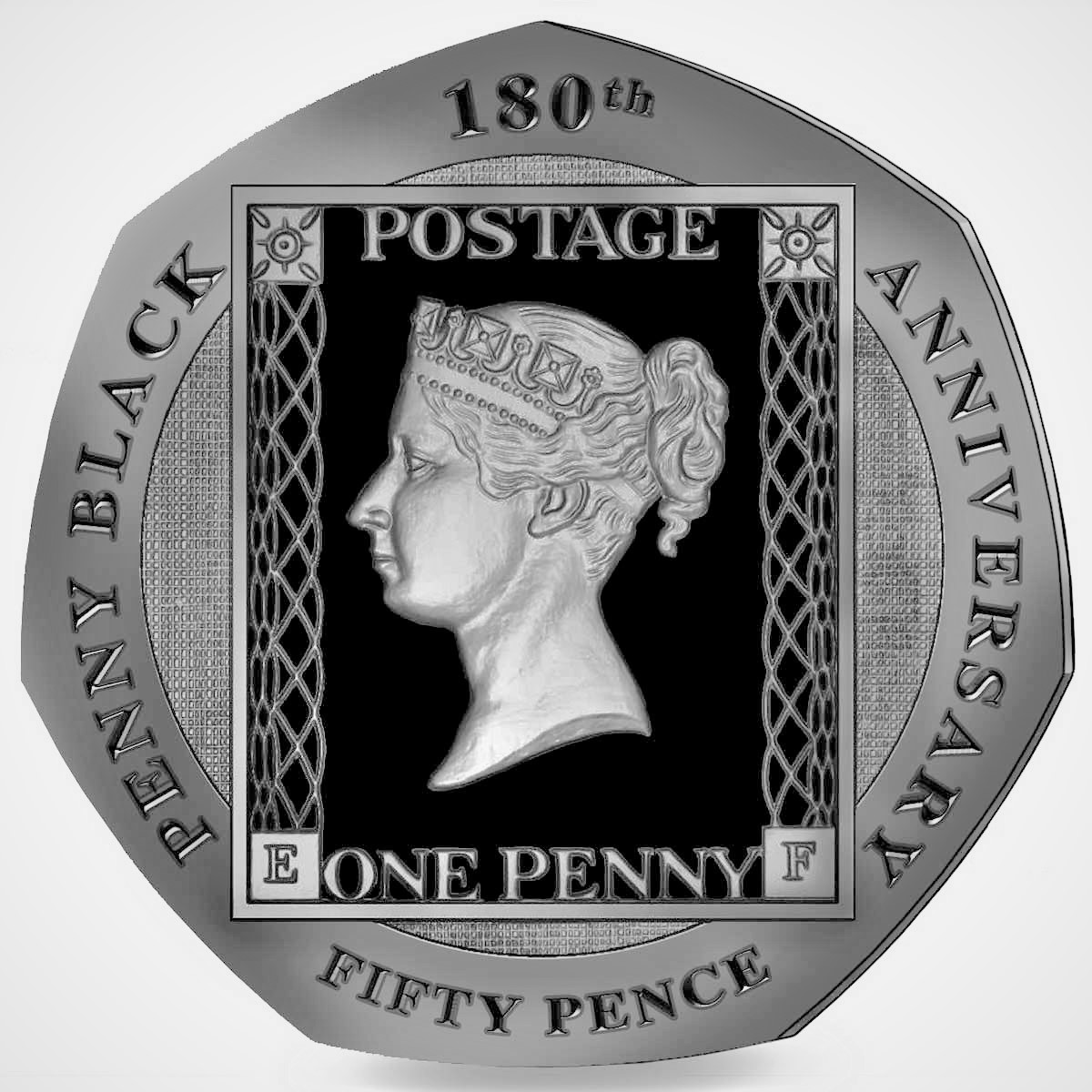 On 3rd December 2019, the Treasury of Gibraltar has released new 50 Pence coins to commemorate the world’s first-ever postage stamp “The Black Penny”. The coin produced by the British Pobjoy Mint and “The Black Penny” coin is available in 5 different variants; Cupro-nickel (8 Grams), two .925 Silver versions ( 8 grams & 16 grams), two.916 Gold coins ( 8 grams & 16 grams). All the 5 versions have the same diameter 27.3 mm and a face value of 50 pence.

The Penny Black is the world’s first postage stamp issued on 1 May 1840. There were 286,700 sheets of Penny Black stamps printed, which will count a total of 68,808,000 stamps.  Early printing of these old postage stamps was attached and had to be cut with scissors. Today unused Penny Black stamps are very rare to find it counted as one of the world’s rare and high valued stamps.  As Penny Black was the first-ever postage stamp to be issued, it didn’t have the issuing country name.  The UK remains the only country in the world to issue postal stamps without the country name on it and The Queen’s image identifies the UK as the country of issue on all the British postal stamps.

The obverse of the new 50 pence heptagon shaped coin features the effigy of HM Queen Elizabeth II. The reverse features the original Penny Black stamp and the inscription reads PENNY BLACK 180TH ANNIVERSARY and denomination FIFTY PENCE. The Montage of each variation are, Cupro-Nickel – 7,500 coins, 8g Silver- 4,500 coins, 16g Silver – 1,500 coins, 8g Gold- 299 coins, and only 99 16g gold coins were minted. All coins will be shipped in a Pobjoy Mint-branded box with serialized CoA.