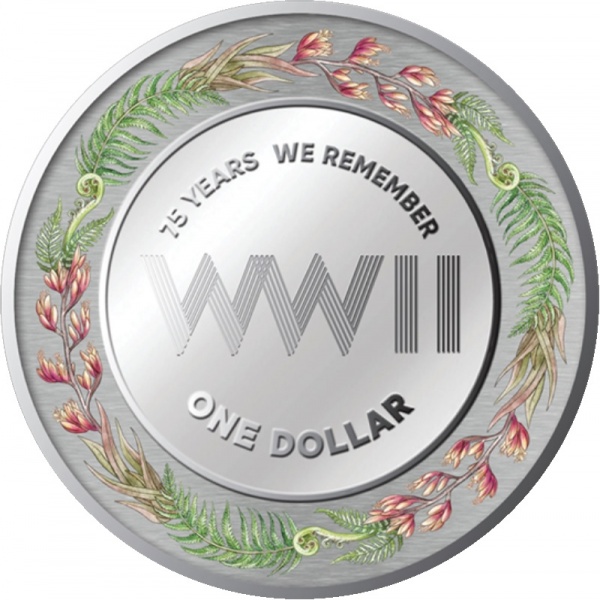 On March 17th, 2020 the Reserve Bank of New Zealand has released the new 2oz. double-crown collector coin to celebrate the 75th anniversary of the end of World War II. In 2020 the 75th years of victory day celebrated around the world. In 1939 Great Britain joined the allied forces in World War II, and as a part of the commonwealth, New Zealand Royal Navy was placed at Britain’s disposal. New Zealand supported Britain by providing its army to serve for British Royal Air Force and Royal Navy. At the end of the war, 11,625 New Zealanders lost their lives.

On behalf of the Reserve Bank of New Zealand, the Commonwealth Mint produced the silver proof double crown coins at their facilities in England. The obverse of the 2020 WWII 75th anniversary silver coin features the effigy of HM Queen Elizabeth II created by British sculptor Ian Rank-Broadley which was in New Zealand’s commemorative coins since 1999. The reverse of the coin shows a remembrance wreath comprised of New Zealand native plants – ponga (fern) koru, harakeke (flax) flowers, and fronds. The inscriptions “75 YEARS WE REMEMBER”, the denomination “ONE DOLLAR” also enraged at the reverse of the coin with the official logo commemorating the 75th anniversary. 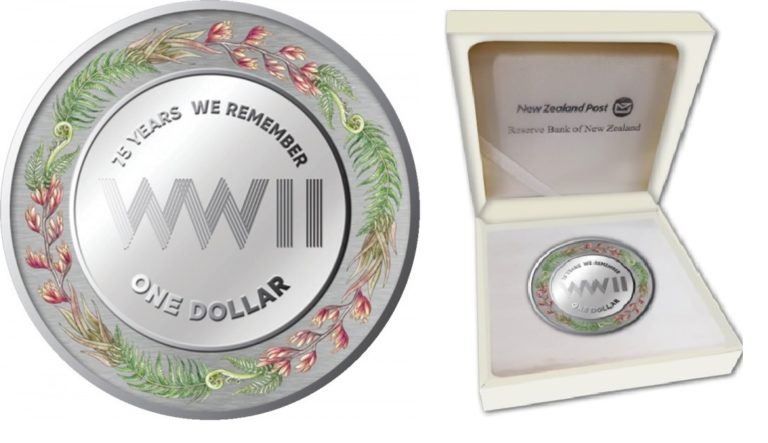 The .999 proof silver coin weighs 62.2 grams and has 50 mm diameter across. Each 2020 double crown multi-colored coins are encapsulated and presented in a New Zealand Post branded special case accompanied by a numbered certificate of authenticity. The coin is having a limited mintage of 750 coins worldwide.