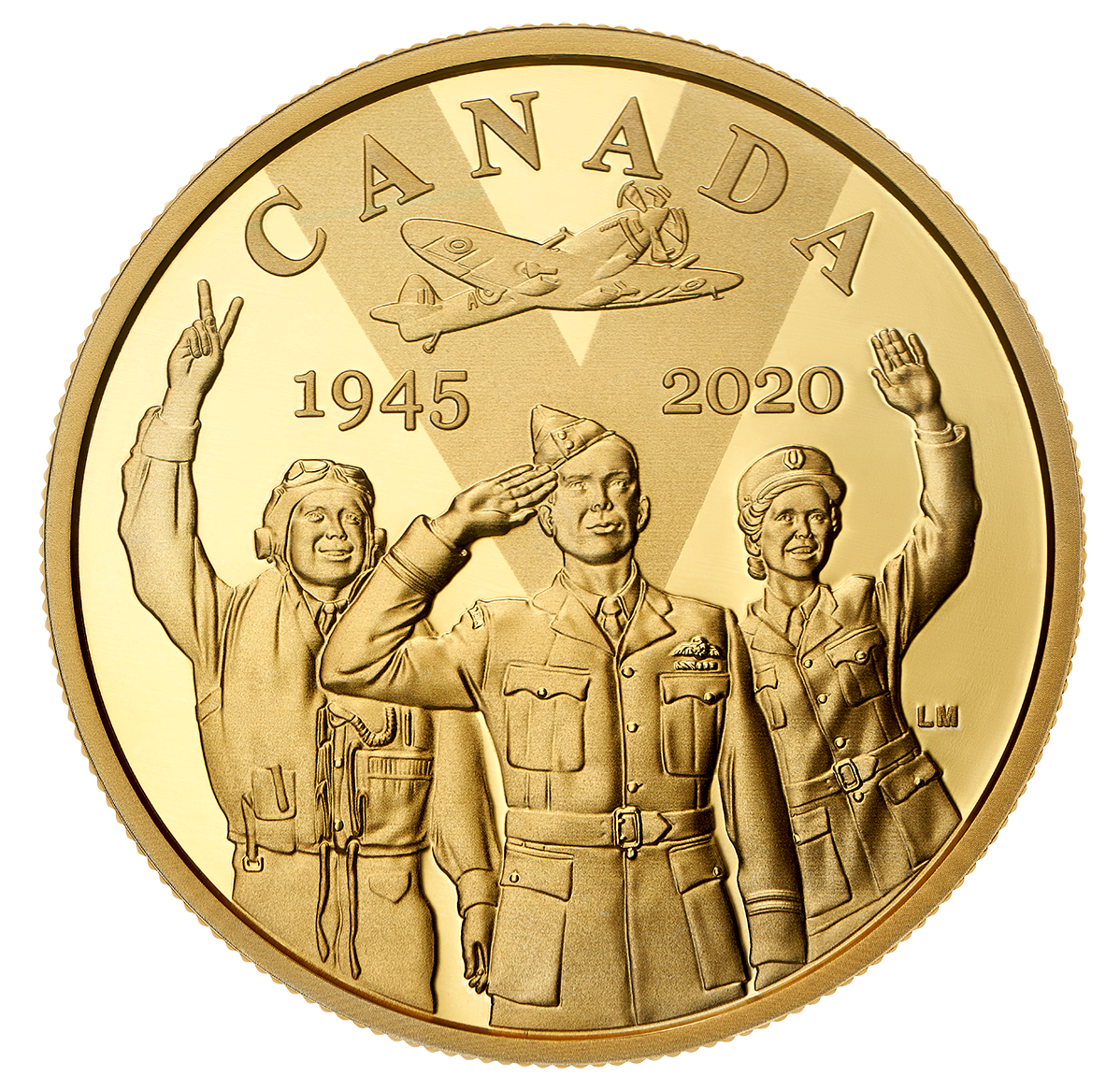 Allied forces celebrated V-E Day On 8th May 1945 upon Nazi Germany’s unconditional surrender. The VE (Victory in Europe) Day brought an end to nearly six years of a war that had cost the lives of millions; had destroyed homes, families, and cities. More than a million Canadians participated in the world war II, over 40,000 Canadians died in the war, while about 8,000 were captured as prisoners by German and its allied forces.

The VJ day is another significant event of WordWar II. V-J Day (Victory in Japan) marked the end of the Pacific conflict with Japan on August 15, 1945, after the atomic bombing in Hiroshima & Nagasaki. The VJ Day marked the official ending of WorldWar II, and on September 2, 1945, a formal surrender ceremony performed aboard the US battleship USS Missouri, on the Japanese coast, known as the memorial day for the end of the war.

The obverse of the coin features the effigy of King George VI by T. H. Paget, used in the Canadian coins from 1937-1952. The coin is also having a Victory privy mark inspired by the 1945 Victory Nickel. The reverse of the double-dated coin (1945-2020) designed by Canadian artist Laurie McGaw. The reverse of the coin features a very detailed image to salute to the Royal Canadian Air Force (RCAF) and its women’s division (WD). With a large “V” on the background, a wing commander raises his hand to salute an RCAF fighter flying overhead. On his left side, a member of the RCAF Women’s Division waving her hand and on the right, a pilot of RACF raises his hand a show Victory gesture.

The 2020 VE day coin is having a limited mintage of 1,200 coins worldwide. All coins are encapsulated and presented in a Royal Canadian Mint-branded maroon clamshell with a black beauty box along with a serialized Certificate of Authority. The coin can be ordered from the RCM website, with monthly payment options.

2020 VE Day Commemorative Gold Coin from The Royal Canadian Mint was last modified: January 9th, 2020 by
Share if you like......