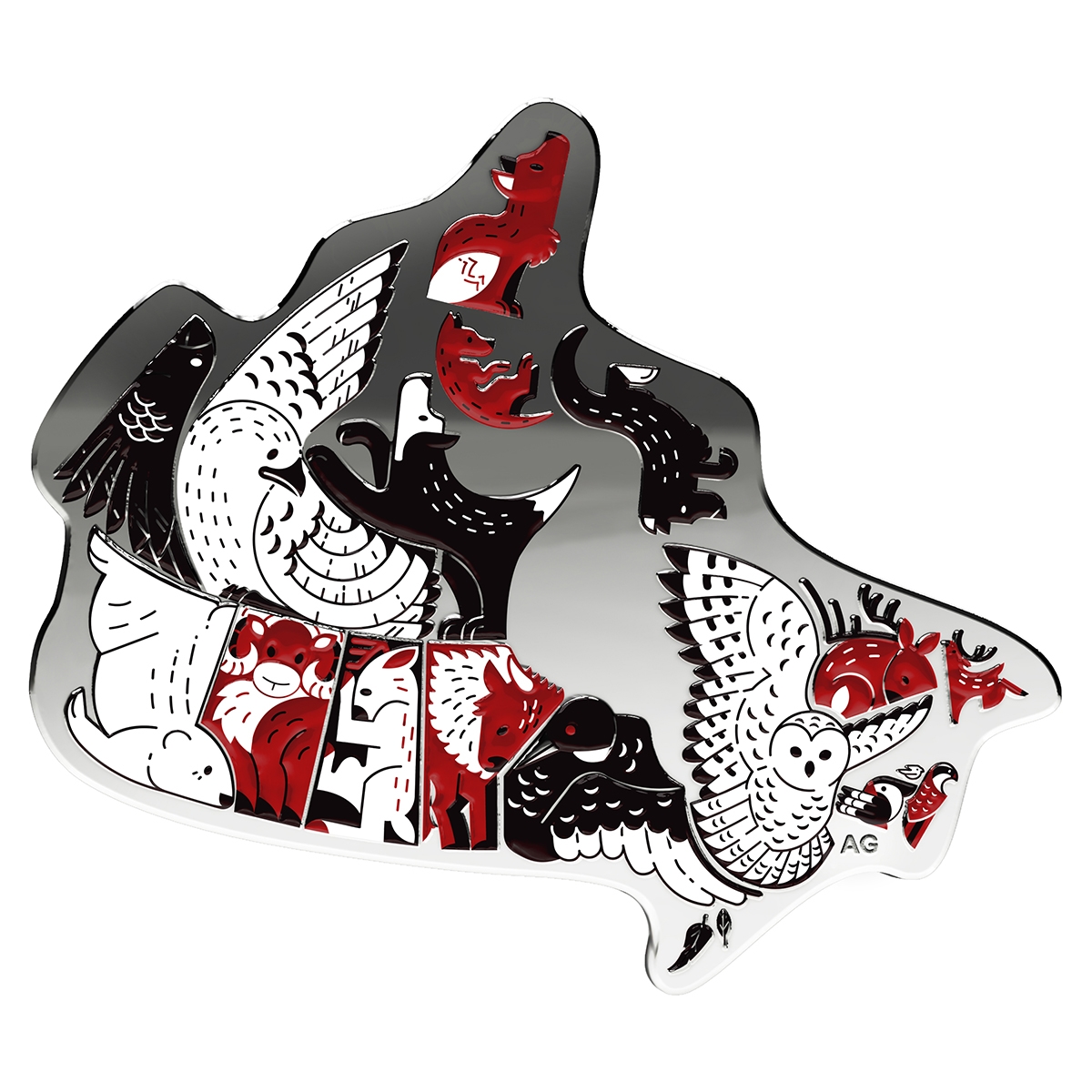 The Royal Canadian mint unveiled another spectacular unique shaped coin- the 2019 The Canadian Landscape pure silver coin. The coin designed as a miniature of Canadian map and represents each province and territory in a special way. The coin is a legal tender with a face value of $50 and can be per-order from the Royal Canadian Mint website. The 2019 The Canadian Landscape Pure silver coin has a limited mintage of 2000 pieces worldwide and the shipping starts from July 24th 2019.

The 2019 Canadian map shaped silver coin minted of 99.99 pure silver and weighs 100 grams. The reverse of the coin is designed by the Canadian Artist Alisha Giroux, which represents each province and territory in its geometrical shape by the mascots birds or mammals which it represents. Only 3 colors (Black, white and Red) are used to illustrate the birds and animals. The reverse represents; Alberta by the Bighorn Sheep, British Columbia by Kermode Bear, New Brunswick by Chickadee, Newfoundland and Labrador by Woodland Caribou, Northwest Territories by Gyrfalcon, Nova Scotia by Osprey, Nunavut by the Canadian Inuit (Eskimo) Dog, Manitoba by the mighty Plains Bison, Ontario by its own Common Loon, Prince Edward Island (PEI) by Blue Jay, Quebec by Snowy Owl, Saskatchewan with White-Tailed Deer and Yukon with a Raven. The obverse features the Face value of the coin “50 DOLLARS” Year “2019” and at the center shows effigy of Her Majesty Queen Elizabeth II by Susanna Blunt.

This limited edition 3 oz pure silver coin will be shipped in a special Royal Canadian Mint-branded clam-shell with a black beauty box. All the coins come with a serialized Certificate of Authority. The coin can be pre-ordered here.