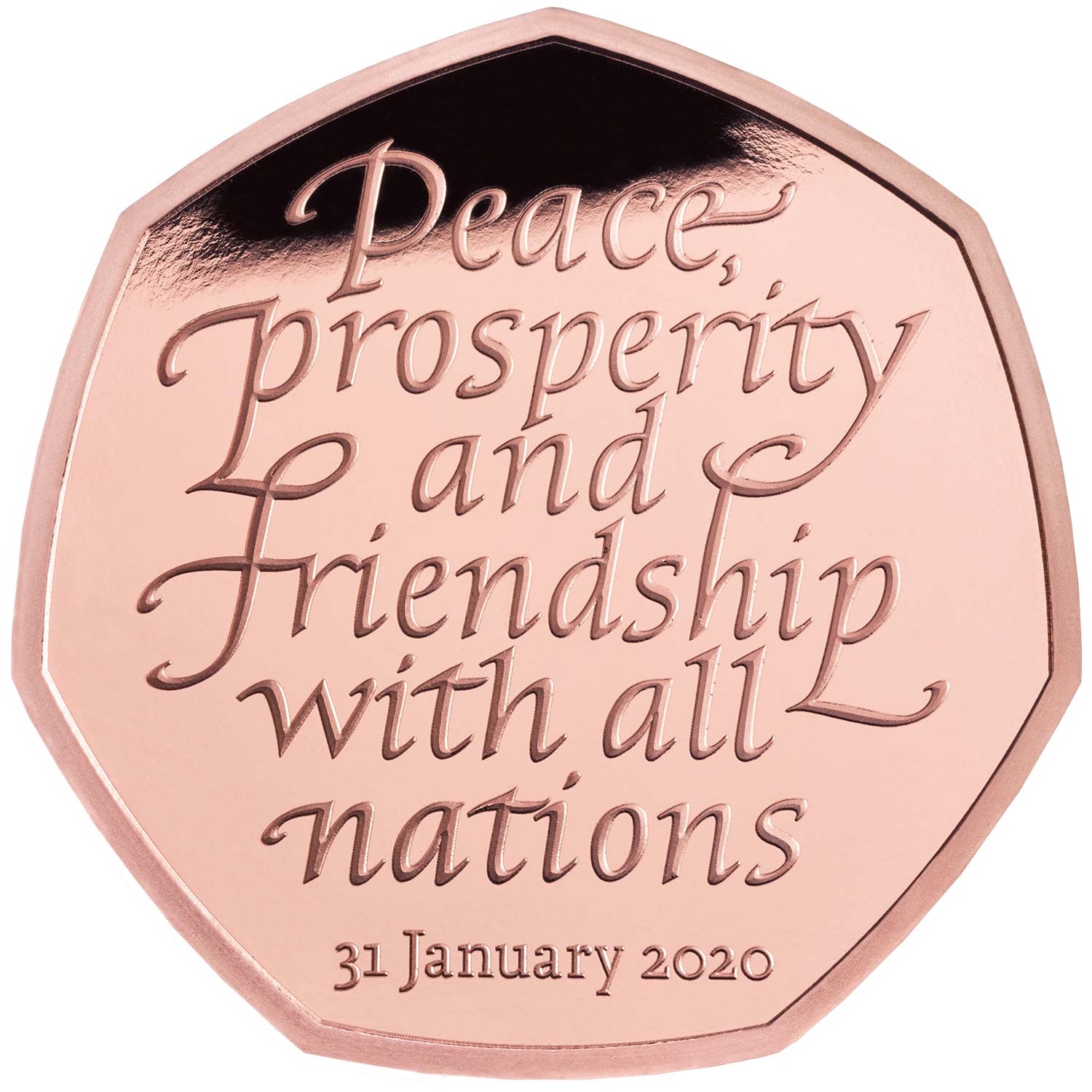 The reverse of the new 50 pence coin features the words “Peace, prosperity and friendship with all nations” along with the date of Britain’s exit from the European Union, “31ST JANUARY 2020”. The obverse of the coin features the Effigy of Queen Elizabeth II, the face value “50 PENCE” and the issuing year “2020”

The European Union (EU) is a successor to The European Economic Community (EEC) which was formed in 1957. The EU, the political and economic union of 27 countries (was 28 before Brexit) focused on the free movement of people, goods, services, and capital within the member states. In 2002 “Euro” was introduced as a common currency to all European Union members and adopted by 19 countries as of now and the Euro is the second-largest reserve currency in the world. United Kingdom is the first country to leave the EU in its history.

There will be 10 million Cupro-Nickel of Brexit coins that were released to pubic from Feb 1, 2020. The silver version of the Brexit coin will have a limited montage of 47,000 coins and the gold proof version limited to 1,500 coins worldwide. The Gold and silver coins will be presented in a Royal mint branded custom case with a serialized certificate of authenticity.